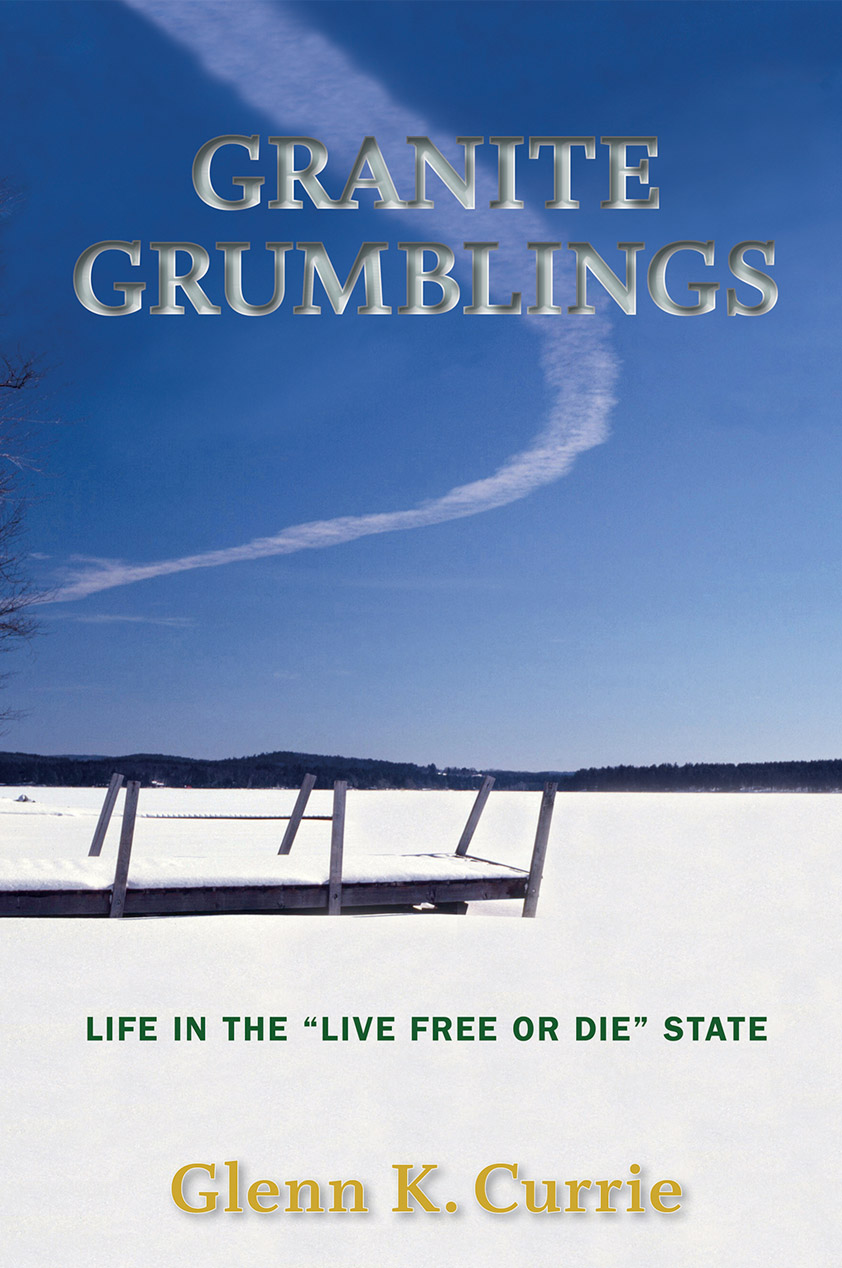 Whether it's the long, long trip to the doggie dermatologist, cleaning out the parents' house, or coaching a girls softball team, Granite Grumblings is about the day-to-day issues of life in New Hampshire, as seen through the eyes of a sometimes cranky, twenty-five year resident.

It is an often humorous, occasionally introspective look at a family, a city and a state of seeking to retain their identities in a world where "living free" is increasingly viewed as a curiosity.

MY WIFE SUFFERS FROM  a malady that seems to afflict many in New England. I believe the formal name for this illness is “wormabodus disruptus,” but most know it by the more common descriptive term of “gardening.” In particular, I refer to the deranged efforts by some of our  citizens to grow backyard vegetable gardens.

I have never really understood the attraction of digging holes in the backyard. There seem to be better things that people could be doing with their spare time, like watching baseball games, playing golf or going to the beach. But every year, millions of amateurs go out to their backyards, armed with spades and trowels and bug spray and calamine lotion . . . and proceed to totally brutalize a good patch of earth. When we do this to another country, the world screams bloody murder, but if we do it out behind the garage, it is some kind of noble avocation. 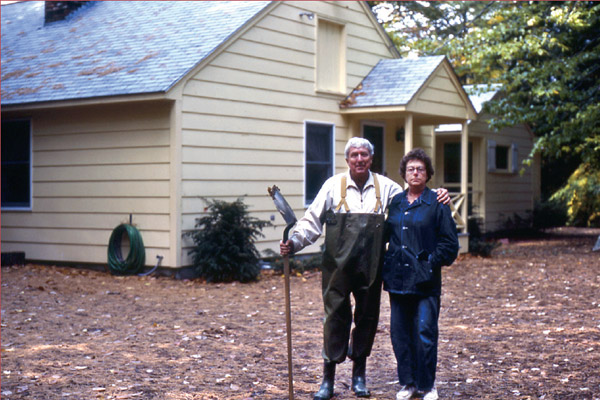 I don’t understand why these people don’t leave the farming to the professionals. Real farmers know what they are doing and grow good stuff, like melons and sweet corn and beans. But backyard gardeners spend countless hours disrupting worms and grubs, so they can grow stuff like turnip, zucchini and gourds. What the heck do people do with gourds? Their only strong point is they will last for weeks, because no one eats them. And if zucchini is so good, how come every gardener in America spends most of the early fall trying to give the things away?

When I ask these questions of my wife, she tells me that working with the earth is a relaxing, healing process that counteracts the stresses of modern living. However, my unbiased observations of her work in the garden leave me skeptical of the whole process.

Let’s look at a typical summer in the vegetable garden.
Dig up a patch of the yard, usually someplace where a horseshoe pit or barbecue should be.

Make a diagram for the garden that looks like the invasion plan for Normandy.

Wallow around in the dirt for hours at a time, fighting mosquitoes, black flies and snakes, in order to scientifically bury a bunch of plants and seeds; many of which will never look better than the day she puts them in the ground.

Build a fence around the garden to keep out all the little animals that want to eat the plants she just bought.

Get really upset and stressed out because those little animals are smarter than the average gardener, and find a way through the fence and eat all the little plants.

Buy fertilizer to spread on the plants. Fill the backyard with olfactory reminders of why we don’t raise horses and opted for indoor plumbing.

Spend approximately two months pulling out all the stuff that really grows well in the garden, so the scrawny little plants can grow a little bigger.

Face the fact in late August or early September, that most of the “good stuff” in the garden isn’t going to make it. But take solace in the fact that the zucchini is doing well.

Go to the farmers’ market the next six weeks to buy all the good stuff that never made it.

Spend a month giving bags of zucchini to the neighbors, many of whom desperately flee when they see us approaching.

Give the sad remains of the garden a proper burial, after the first frost, and cover it with fertilizer and compost so there will be lots of disgusting stuff to dig up in the spring.

I never could figure out how this whole process actually reduced stress. She would spend all summer looking like a refugee from a mud slide and worrying about rain and sun and plant predators. The annual budget would include funds for plants, fertilizer, seeds, fencing mate-rial, equipment and gardening paraphernalia. I once estimated that the average cost of a tomato (counting her time at $8.00/hr) was about $143.00. Cucumbers probably cost about $18.00 each. Zucchini, of course, were cheap. But what do you really do with them? I know there are probably books out there telling you a thousand things you can do with a zucchini (and I can think of one more), but have you ever met anyone that looked forward to a big plate of the steaming stuff? My theory is that they’re really weeds, but gardeners won’t admit it.

There is no arguing with the bottom line, folks. You are much better off spending your summer hours watching bikinis at the beach, reading a book on the patio, or disrupting the plant and animal life at the golf course.

If you absolutely must spend your time communing with the worms and grubs, I suggest you stick with flower gardens, which are a whole lot cheaper and prettier. And if you get a few weeds in the flower garden, most of us won’t know the difference. Some of them are prettier than the flowers. Weeds, like vegetables, are a matter of taste, but at least you don’t have to eat the ones in a flower garden.

Whether writing about his wife's $143 tomato or the incompetence of winter drivers, Glenn Currie finds the art in the good-natured rant. He reflects. He appreciates. He slices and dices. And on nearly every page, he makes us smile in recognition.
Rebecca Rule Author and Storyteller

Glenn finds the threads of humanity, laughter, wisdom and occasional crankiness that define his life and, more often then not, ours.
Arnie Arnesen, NH Politician in Recovery

Glenn Currie seems to be wired into the great switchboard where New Hampshire's impulses, signals and party lines all converge. His latest book is full of uncommon sense, stoic humor and vivid recollections that are an brightly dappled as a still pond in foliage season.
Rick Broussard New Hampshire Magazine