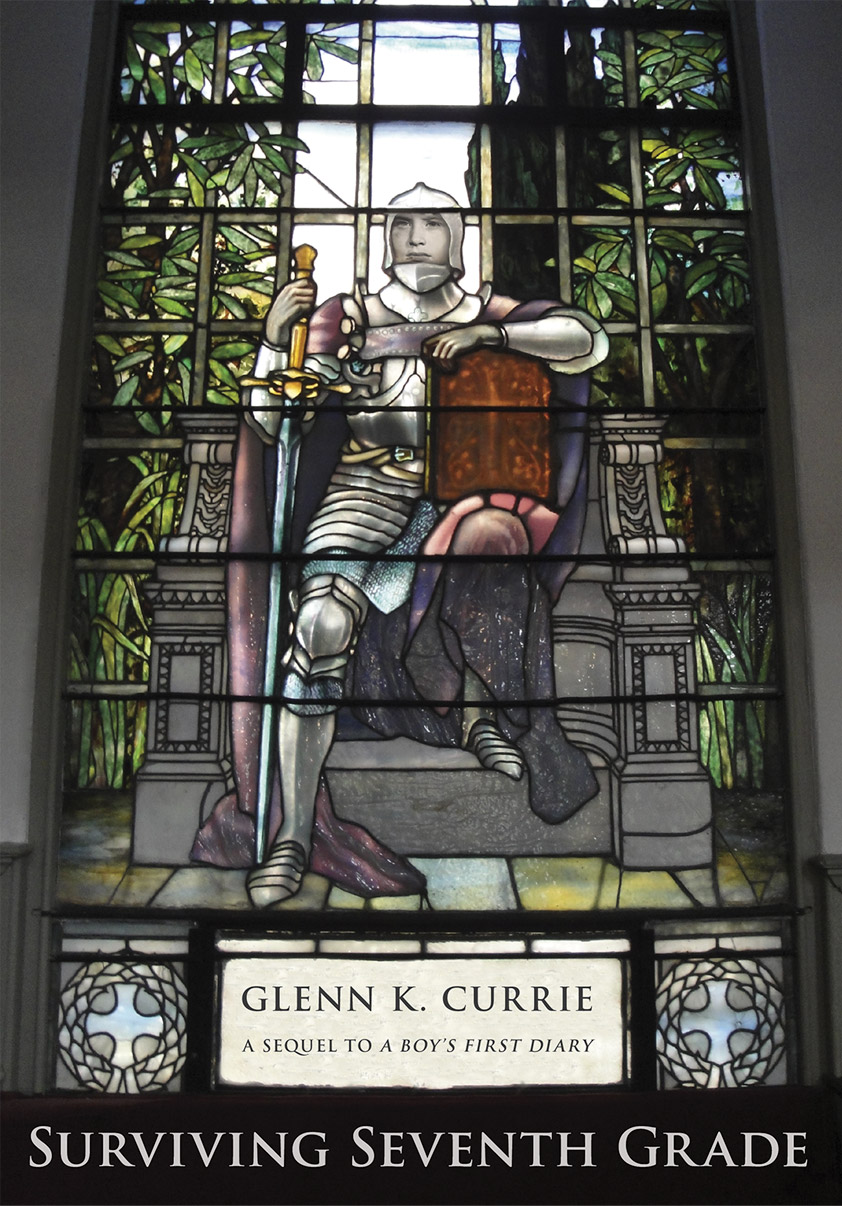 Surviving Seventh Grade informs you about life in the seventh grade including such issues as:

The virtues of leeches and cockroaches
The perils of gym class
What do girls think?
Things not to do at lunch
How to unhook a bra with one hand.

These and many other issues are resolved in the seventh grade world of Glenn, Snobby Donna, Billy and a variety of other friends and enemies.

Surviving Seventh Grade is a thirteen-year-old’s view of junior high school in the 1950’s, and is an interesting and very humorous look at how much has changed, but also how much is still the same for the kids of today.

We studied integration in civics class today.
Brown v. the Board of Education.
We read stories about a bunch of southern Democrats
Standing at the schoolhouse doors.

They had guns and clubs
And scared the little kids.
The colored students finally got into school
But no one looked happy.

Dad says the whole thing goes back to the Civil War.
They still have a bunch of hooded guys down there,
Called the Ku Klux Klan.

They hate Negroes, Jews, Catholics and Republicans.
They make the Negroes
Use separate bathrooms and water fountains,
Try to keep them from voting,
And make them ride in the back of buses.

Suddenly I didn’t feel so bad
Having to deal with Arnold.
At least I know who the bad guys are,
And I can use the regular bathrooms.

We had a sex lecture in school today.
Miss Buxby and Lead Belly did it.
I guess they picked them
Because they were the oldest.

They said we were too young for sex,
And should save ourselves for marriage.
They also said we should only have sex
If we want to have babies.

Then they told us about the risks
Of all the diseases from sex.
They tried to scare us
But I don’t think it did much good.

None of the kids could imagine
Anyone having sex with either one of them,
So we decided they were probably
Making it all up.

They had a question and answer session afterwards.
I asked them what “mens truation” was.
A lot of the kids laughed.
Miss Buxby said that was enough questions.

I don’t think she knows either.

Billy said it was too hard dating girls.
Irma broke up with him.
She said he needed better smelling sneakers.
She also didn’t like his French kiss.

He said puppies had it
A lot easier than people.
I thought about that for a while
And then mentioned some problems.

I said puppies have to meet each other
By rubbing noses and smelling rear ends.
Then they still have to find a human
To clean up their poop and feed them.

On the other hand, Billy pointed out,
They don’t have to do rope climbs,
Speak French or have homework.
I may be losing this debate.

I still don’t like the idea
Of having to smell the rear ends
Of everyone I meet.
Especially the “Mad Farter.”

I am a middle school teacher and we are currently working on poetry. I want to make my opinion of this book very clear from the very beginning. I absolutely loved this book! It is laugh-out-loud hilarious. I believe this is one way to get guys to read.
Sandra Stiles The Musings of a Book Addict

This is such a cute book (it) is based on the 1950’s but it is surprising how much would still hold true today. I love the concept of this book- it is unique and will be the starting point for some interesting conversations with my son.
Athena Nagel The Stuff of Success

Five Stars - I thoroughly enjoyed the coming-of-age perspective of a seventh grade boy and the discoveries he makes while working out his plan for this crucial time in his life. It’s enlightening, funny and nostalgic, while at the same time, it’s completely applicable to today’s youth. Both teenagers and parents will enjoy this read.
Lynda Coker Between the Pages